Salt-cured and air-dried ham (Jamón in Spanish) is one of the jewels of Spain’s gastronomy and is produced throughout Spain. However, certain areas are renowned for the production of ham of exceptional quality. Some of these areas have achieved their own Protected Denomination of Origin (PDO) status in recognition of the unique characteristics of the hams produced.

There are two different kinds of ham in Spain.

SERRANO VS IBERIAN
Iberian ham is not the same as Serrano ham: the difference is in their quality and their production. The Iberian ham comes from pigs which roam freely and feed only on acorns and herbs.

Compared to the Serrano ham, Iberian ham has a lower level of salt, which results in an intense flavour and aroma, whereas the Serrano ham has less content of high quality proteins and a bigger amount of salt which makes it unsuitable for people with high blood pressure. Moreover, the Iberian ham not only has a high degree of oleic acid that can help to combat cardiovascular diseases but also a high level of unsaturated fats which helps to lower cholesterol. 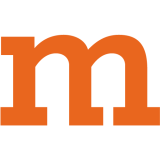